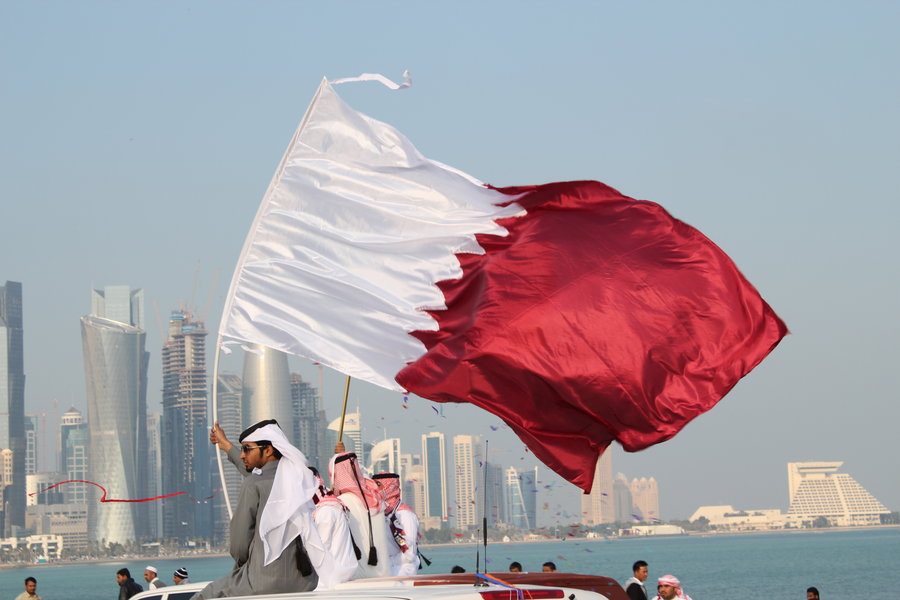 LONDON: Qatar stocks led losses across the Gulf on Sunday as the Turkish currency crisis unsettled investors. Every regional index ended the day in negative territory.

The Doha measure declined by 2.6 percent as investors sold banks with investments in Turkey.

Qatar National Bank (QNB) lost 4.7 percent while Commercial Bank was also down by about 4.1 percent at the close of trade — becoming the worst performing stocks on the bourse on Sunday.

QNB owns Finansbank in Turkey and Commercial Bank has a majority stake in Turkish lender Alternatifbank.

Events playing out in Turkey also have ramifications for the UAE banking sector — especially Emirates NBD, Dubai’s biggest bank, which has agreed to acquire Turkey’s Denizbank from Russia’s state-owned Sberbank in a deal worth about $3.2 billion.

Arqaam Capital said in a research note that the 37 percent drop in the Turkish lira since the announcement gave Emirates NBD an opportunity to reduce the purchase price. The Dubai lender’s stock lost about 1.7 percent.

The pain was not confined to the banking sector, though. Property developers Emaar and Damac, both with investments in Turkey, also finished the session in negative territory.

The lira fell 18 percent on Friday to hit a record low.

In Saudi Arabia, the index fell 1.4 percent, below its 100-day average for the first time this year, Reuters reported.

Banks were mostly down, led by National Commercial Bank, which fell 3.2 percent on concerns about its exposure to Turkish assets. Al Rajhi Bank dropped 1.3 percent.

The Dubai index lost 1 percent with Air Arabia down 2.9 percent.

The carrier, which in June disclosed an exposure of $336 million to private equity group Abraaj, said in its financial statement for the first half of 2018 that a short-term investment of 275 million dirhams in Abraaj had not been repaid after maturing at the end of June.

The airline has yet to make any provision for the investment because “events are still unfolding,” it said.

Purchasing manager data for Saudi Arabia and the UAE highlighted that firms’ margins remained under pressure despite a large backlog of orders and a strong export sector.

The Emirates NBD Purchasing Managers’ Index (PMI) for the UAE declined to 55.8 in July from 57.1 in June, signalling the slowest rate of growth in the non-oil private sector in three months.

“Both output and new work, while still strong, were softer than in June,” said Khatija Haque, head of MENA research at Emirates NBD. “Notably, new export orders increased at the sharpest rate in three years, as firms reported stronger demand from other GCC countries and Europe.”

The headline Saudi Arabian PMI also eased marginally to 54.9 in July from 55.0 in June.

“The PMI survey showed both output and new orders increased sharply last month, although at a slightly slower rate than in June. However, once again the year-to-date average for both series indicate much softer growth than for the same period in 2017,” added Haque.

Still, employment increased modestly over the month, as did new export orders. 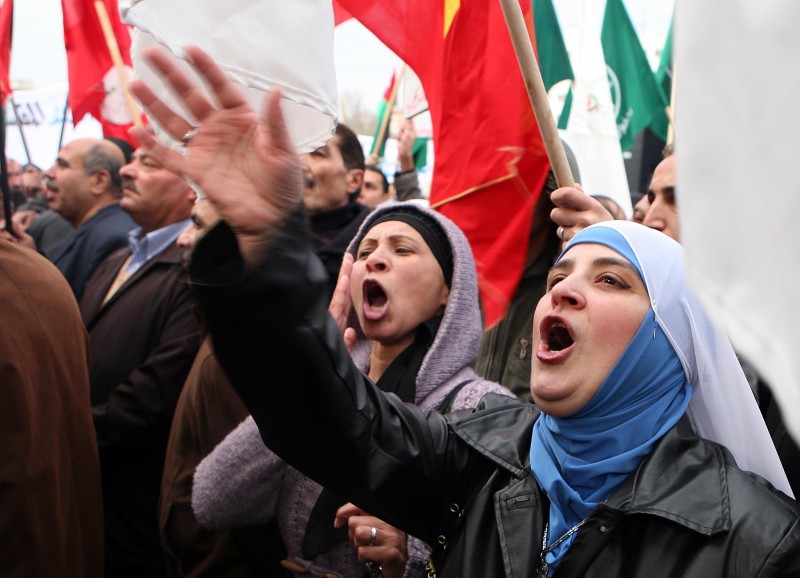 The committee, assembled by a royal order, has warned that such transactions could have “negative consequences” on dealers because of the associated risk with such dealings that are “outside the monitoring umbrella within Saudi Arabia.

The committee said such virtual or cryptocurrencies that are traded through the internet, like Bitcoin and similar virtual currencies, are not approved in the Kingdom.

It said “allegations” on websites that promote investments in such currencies on the internet and social media platforms claiming that they are “authorized” by official authorities in the Kingdom are incorrect.

It warned citizens and residents “not to drift” behind Forex activities that exploit the public’s for fast earnings. 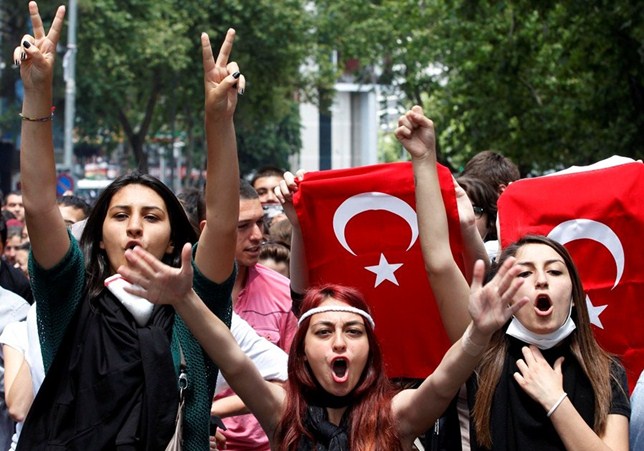 ISTANBUL: Turkey’s central bank on Monday announced it was ready to take “all necessary measures” to ensure financial stability after the collapse of the lira, promising to provide banks with liquidity.

“The central bank will closely monitor the market depth and price formations, and take all necessary measures to maintain financial stability, if deemed necessary,” the bank said in a statement, vowing to provide “all the liquidity the banks need.”

The statement came after the Turkish lira hit record lows against the dollar amid a widening diplomatic spat with the United States.

The detention of US pastor Andrew Brunson since October 2016 on terrorism charges has sparked the most severe crisis in ties between the two NATO allies in years.

The central bank announced the series of measures on Monday, a day after Erdogan’s son-in-law Berat Albayrak, who is treasury and finance minister, announced an action plan was in the pipeline.

“In the framework of intraday and overnight standing facilities, the Central Bank will provide all the liquidity the banks need,” the bank said.

The bank also revised reserve requirement ratios for banks, in a move also aimed at staving off any liquidity issues.

It said with the latest revision, approximately 10 billion lira, $6 billion, and $3 billion equivalent of gold liquidity will be provided to the financial system.

The nominally independent central bank has defied pressure to hike interest rates which economists said would curb the fall of the lira.

Erdogan on Saturday called interest rates as “tool of exploitation” that makes the poor poorer and the rich richer. 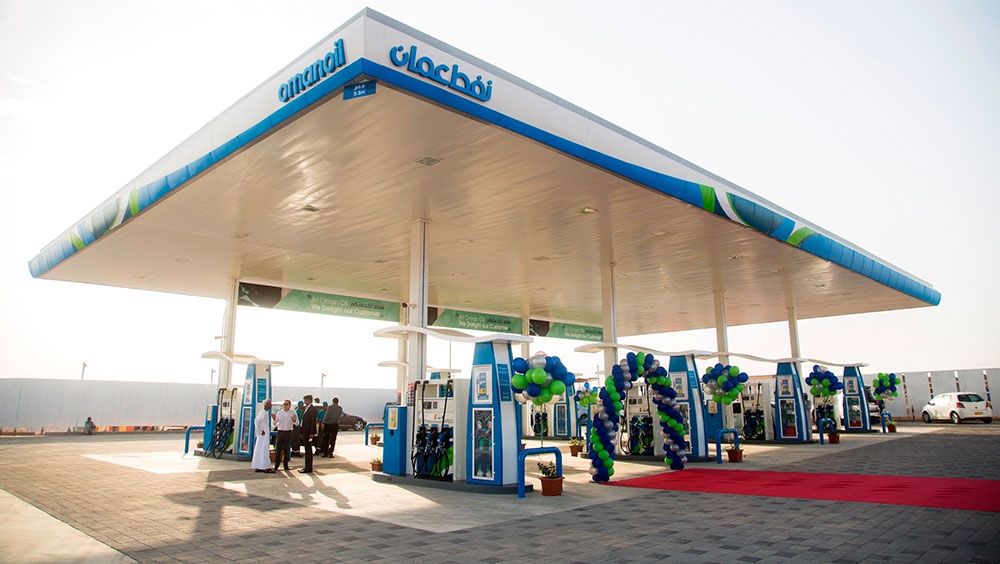 SINGAPORE: Oil prices dipped on Monday as rising trade tensions dented the outlook for fuel demand growth especially in Asia, although US sanctions against Iran still pointed toward tighter supply.

Signs of slowing economic growth and lower fuel demand increases, especially in Asia’s large emerging markets are weighing on the oil markets.
Singapore-based brokerage Phillip Futures said on Monday that “trade protectionism and escalating tensions between the world’s largest economies (The United States and China) have cast a looming shadow on global oil demand growth in 2018.”

Hedge funds and other money managers reduced their bullish positions in US crude futures and options in the week ending on Aug. 7, data from the US Commodity Futures Trading Commission showed on Friday.

Beyond the darkening economic outlook, Phillip Futures said hedge funds had reduced bullish bets because of “rising production levels from OPEC and the United States.”

US energy companies last week added the most oil rigs since May, adding 10 rigs to bring the total count to 869, according to the Baker Hughes energy services firm.

That was the highest level of drilling activity since March 2015.
Despite this cautious oil market sentiment, there are drivers that are keeping prices from falling further.

The United States has started implementing new sanctions against Iran, which from November will also target the country’s petroleum sector.
Iran is the third-largest producer among the members of the Organization of the Petroleum Exporting Countries (OPEC).

“With US sanctions on Iran back in place … maintaining global supply might be very challenging,” ANZ bank said on Monday, although it added that “the US is doing its bit to increase production. 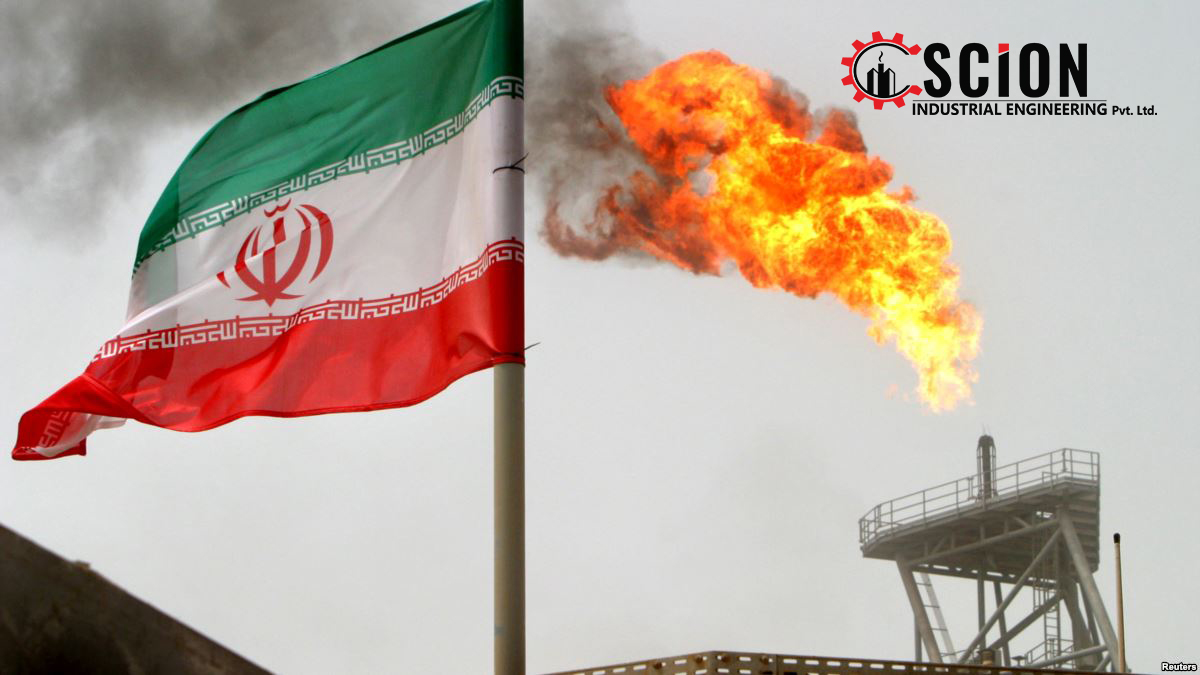 TEHRAN: Iran is selling oil and gas at a discount to Asian customers as it prepares for the return of US sanctions, state news agency IRNA reported on Monday.

The “informed source” in Iran’s oil ministry did not give details of the discount but sought to downplay the move as common industry practice.
“Discount is part of the nature of the global markets being offered by all oil exporters,” the source told IRNA.

Bloomberg reported on Friday that the state-run National Iranian Oil Company was reducing official prices for September sales to Asia to their lowest level in 14 years, compared with Saudi crude.

The United States will seek to block Iran’s international oil sales from November 5, when the second phase of sanctions are reimposed as part of Washington’s withdrawal from the 2015 nuclear deal.

Several key buyers, including China and India, who account for roughly half of Iran’s sales, have said they are not willing to make significant cuts to their energy purchases from Iran.

But analysts predict Iran could still see its oil sales drop by around 700,000 barrels per day from their current level of around 2.3 million.
Much will depend on the European Union, which has vowed to resist US sanctions on Iran, but whose companies and financial institutions are more vulnerable to US financial pressure than their Asian counterparts.

French energy giant Total has already said it is pulling out of its multi-billion-dollar investment project in the South Pars oil field in southern Iran as a result of the renewed sanctions.