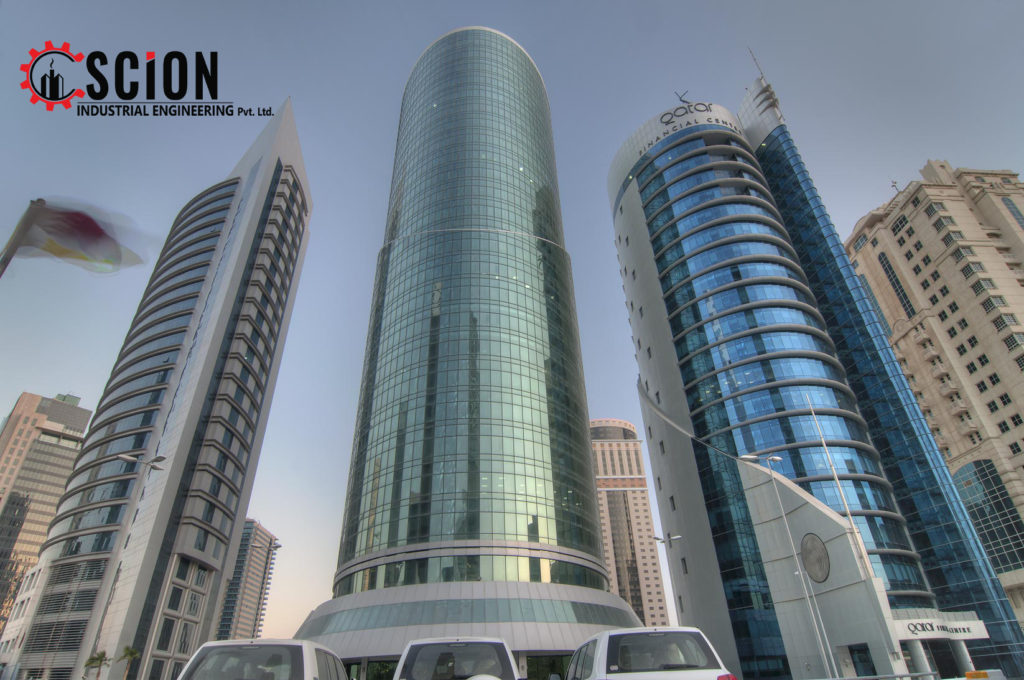 While the pace of the transition varies wildly from country to country, the tide of thought is gradually turning in favor of Central Bank digital currencies (CBDCs). In our latest insight piece, we examine what is motivating central banks to take this step, and the potential implications of CBDC adoption for the economy.

The tiny island-nation of the Bahamas—a place of palm-fringed beaches, azure waters and laid-back locals—seemed an unlikely place to kick off what could be a revolution in global finance.

But that was exactly what happened on 20 October 2020, when the Central Bank of The Bahamas launched the sand dollar, the world’s first central bank digital currency (CBDC) to be made available to the general public. Akin to a digital form of cash, CBDCs are distinct to typical electronic balance sheets in that they act as a direct claim on the central bank rather than on financial intermediaries, and sit in standalone “digital wallets” instead of traditional bank accounts.

The Bahamas wasn’t alone for long: A few weeks later, the Eastern Caribbean Central Bank launched its own digital currency, taking the total number of countries with operational CBDCs to five. Interest extends well beyond the sunny shores of the Caribbean: 81 nations are now actively investigating the technology, while 14 are at the pilot stage, according to data from the Atlantic Council.

Among major economies, China is leading the pack. Domestic trials are well advanced, with the total value of transactions using the e-yuan standing at over USD 5 billion, and more than 20 million citizens holding digital wallets. A further ramp-up is likely ahead of the 2022 Beijing Winter Olympics, which the government views as a chance to showcase the nation’s tech prowess.

In contrast, Western central banks have taken a more measured approach, content for now to publish research papers, engage with industry participants or—in the case of the central banks of Sweden and South Korea for instance—dip their toes in the water via simulated pilot schemes.

While the pace of the transition varies wildly from country to country, the tide of thought is turning in favor of CBDCs. The scarcity of physical cash, amid bank branch closures and a shift to online payments—trends which have been accelerated by the pandemic—is one reason. But more important is the emergence of privately-owned digital currencies, which could undermine the role of central banks at the heart of the financial system. For the U.S. there is an additional concern, with digital currencies raising question marks over the dollar’s future role as the global reserve currency.

Perhaps counterintuitively, the largest and best-known cryptocurrencies, such as Bitcoin or Ethereum, likely pose the least threat to the dominance of monetary authorities; their highly unpredictable nature makes them ill-suited as a store of value—a crucial prerequisite for money.

On the other hand, digital currencies which are linked to underlying assets—the cryptocurrency Tether is pegged to the USD for example—are of greater concern. These so-called “stablecoins”, far less volatile and thus more useful as a means of payment, have provided the rocket fuel for an ongoing boom in decentralized finance—an over USD 100 billion ecosystem which allows users to trade financial products without the involvement of banking regulators.

The rise of cryptocurrencies has also coincided with the growing presence of technology firms in the financial services space. In China, tech giants Alibaba and Tencent now account for over 90% of the mobile payments market. In the West, a vast number of banks are reliant on the cloud computing infrastructure of Amazon Web Services, Microsoft Azure or Google Cloud. And when it comes to digital currencies, Facebook could begin trials of its own, Diem, later this year.

The market power of these corporate behemoths, with their strong network effects and troves of consumer data, is already generating pushback from governments. In recent months, Joe Biden has signaled his desire to beef up U.S. antitrust regulation, while the EU is currently drafting new rules to rein in Big Tech, and Beijing has launched an assault on some of the country’s best-known homegrown IT firms in a bid to boost competition. Central bankers’ growing interest in CBDCs is thus merely another front in the ongoing battle between markets and the state for control over the economy.

What are the upsides of digital currencies?
Yet there is more to the rising popularity of CBDCs than a simple desire to push back against an encroaching private sector. It is no coincidence that early adopters have been small Caribbean island nations for instance; their fragmented geography makes traditional bank branches difficult to get to, and frequent natural disasters can leave bricks-and-mortar stores and transport infrastructure out of action for prolonged periods.

CBDCs offer a potential solution, by allowing citizens in remote areas to access financial services and pay for goods via their digital wallets without ever stepping foot in a bank, creating a checking account or even having access to the internet.

“After Hurricane Dorian [in 2019], it took banks more than a year to get their branch facilities restored. There are one or two banks that are still in the process of getting back to the state they were in,” commented John Rolle, governor of the Central Bank of the Bahamas, in a recent interview with Bloomberg. “Commerce in those communities is a little bit hamstrung. If you wanted to quickly set up a system where people could trade credit—or anything of that nature—having the wireless platform enables you to do that.”

A lack of banking services is far from unique to the Caribbean. According to World Bank data, there were 1.7 billion adults without a checking account in 2017. Even in the U.S., one of the world’s wealthiest nations in per-capita terms, over 5% of households were still unbanked in 2019, and 14% of adults did not use a payment card in 2017. This huge pool of citizens could stand to benefit from the introduction of CBDCs.

There are other possible upsides too. Publicly-managed digital currencies could provide an electronic paper trail of all transactions, helping to clamp down on fraud and organized crime—particularly if physical cash is replaced entirely. Cross-border payments, which often remain a costly, drawn-out process, have the potential to be simpler, cheaper and more efficient. CBDCs would render monetary policy transmission near-instantaneous, with central banks able to tweak in real time the interest that citizens receive on money stored in digital wallets, allowing for greater fine-tuning of the economy.

If combined with digital IDs, policy could also be made more targeted. For example, a subsidy for underprivileged families paid in digital currency could be programmed to be spent exclusively on food, education or health. Stimulus in the form of helicopter money to drive an economic recovery could be issued with an expiry date, encouraging households to frontload consumption and provide a boost to activity when it’s needed most.

What are the drawbacks of digital currencies?
For now, these purported benefits remain largely hypothetical. The rollout of digital currencies is still at an early phase: In the case of the Bahamas, there were 75,000 sand dollars in circulation at the end of June according to Central Bank data, compared to 500 million dollars in conventional cash.

When it comes to financial inclusion, CBDCs alone may not tackle the root cause of the problem. Factors such as technological illiteracy, a lack of trust in institutions and privacy concerns could be just as or more important than a lack of access to traditional banking services. Plus, some of the oft-cited upsides can be achieved through other means: Hong Kong for instance recently rolled out perishable vouchers to boost household spending via pre-existing fintech apps and the city’s Octopus payment card.

The technology could also have its downsides. Digital wallets would become a prime target for hackers, with large-scale cybersecurity breaches having the potential to critically undermine confidence in the currency. The ability for public authorities to track all financial movements in real time threatens to undermine citizens’ right to privacy. And reserves will drain from the banking system as customers reallocate savings to CBDCs, raising banks’ funding costs and potentially having a negative knock-on effect on credit issuance.

“As deposits migrate to new forms of digital money, banks are assumed to restore their liquidity positions, and hence their ability to continue lending, by issuing long-term wholesale debt”, commented the Bank of England in a recent discussion paper. “Since this is more costly than deposit funding, overall funding costs are assumed to rise. An increase in banks’ funding costs is assumed to increase interest rates on new bank lending.”

Periods of economic crisis could even see full-scale bank runs as households seek refuge in the safety of a Central-Bank-backed currency. As the Bank for International Settlements commented: “While system-wide bank runs into cash are now very rare, given deposit insurance and bank resolution frameworks, there is the possibility that a widely available CBDC could make these events more frequent and severe, by enabling ‘digital runs’ towards the Central Bank with greater speed and scale than is possible with cash.”

To the extent that the Central Bank’s remit expands—such as by directly providing retail services to customers—this could weigh on efficiency and the private sector’s ability to innovate. On the other hand, an overly hands-off role for public authorities could simply lead to renewed market concentration, only this time in the field of digital currencies rather than traditional payments.

Meanwhile, there are fears that CBDCs could undermine domestic currencies by making foreign alternatives readily available, hampering monetary policy transmission in the process. The Argentinian government would be hard-pushed to persuade denizens to continue saving in continually-depreciating pesos if they could easily access digital U.S. dollars, for instance.

The devil’s in the detail
The Bahamas has provided its own answers to some of these concerns. Sand dollars can be accessed via prepaid cards as well as through a mobile app, in a move designed to boost take-up of the currency among less tech-savvy citizens. Limits are in place on account balances and monthly transactions to avoid a sudden pull-out of funds from the traditional financial sector. And the Central Bank has adopted a hybrid architecture, building the infrastructure, technology and regulations but delegating the provision of retail services to a list of vetted firms, in order to harness the creative energy of the private sector. At the same time, competing digital wallets are designed to be interoperable, avoiding consumers becoming trapped in a single company’s digital ecosystem, as is currently the case with mobile payments in China.

This highlights a crucial point: CBDCs, in and of themselves, have the potential to do both harm and good. It is the framework in which they operate that will be key in determining their use to society. On the domestic front, the Bahamas’ model of restrictions on digital currency holdings and an oversight role for monetary authorities appears a sound way to go—at least in the early stages. An even more cautious initial approach could be to limit the use of the digital currency to financial firms as a way of smoothing interbank payments—so-called “wholesale CBDCs”.

Internationally, collaboration between different governments on aspects such as currency design and interoperability will be crucial to ensure that CBDCs realize their potential to facilitate overseas payments. At the same time, rules over non-resident FX holdings will be needed to avoid the erosion of local currencies.

“Central banks stand at the centre of a rapid transformation of the financial sector and the payment system. Innovations such as cryptocurrencies, stablecoins and the walled garden ecosystems of big techs all tend to work against the public good element that underpins the payment system,” said the Bank for International Settlements. “The eventual outcome will depend not only on technology but on the underlying market structure.”