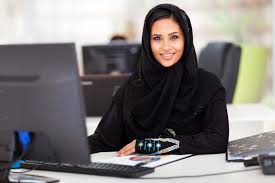 Over the past decade, the United Arab Emirates (UAE) has made significant strides in empowering women and ensuring they play an increasingly important role in the workplace. The UAE government and non-governmental organizations (NGOs) have been crucial in this regard, deploying a variety of tools to better integrate women into the economy. Yet while a solid foundation has been created for women to maximise their potential, efforts from the government and NGOs alone will simply not suffice. To truly level the playing field in the UAE, the private sector – along with its vast wealth and resources – must step up to fill the gap.

The UAE government continues to make considerable progress in increasing female participation in the workplace through a number of initiatives. A great example of this is the UAE Gender Balance Council, established by the government in 2015, which aims to help place the UAE among the top 25 countries for gender equality by 2021. In line with this goal, a resolution was recently passed to increase female representation in the Federal National Council (FNC) to 50 percent.

The government has also introduced laws to encourage women to join the workforce including the 2018 ‘Law on Equal Wages and Salaries for Men and Women’, as well as paid maternity leave and reduced working hours for new mothers. It is likely that these policies will have a positive impact on GDP: estimates indicate that the MENA region would benefit from a 50 percent boost in economic output if women participate in the workforce to the same extent as men.

The government has further encouraged women to join the workforce through dedicated empowerment summits, including Winspire 2019 in Dubai, which took place under the Patronage of Her Excellency Sheikha Fatima Nasser Bin Sultan Bin Salem Alqassimi. To further facilitate dialogue around the topic, the Dubai Business Women Council (DBWC) collaborated with the University of Wollongong on a research study to gain a better understanding of the role of women in the local workplace. The project looked at factors linked to both attaining and succeeding in leadership positions, with the overall objective of catalysing female professional development opportunities in the future.

International organisations have also played an active role in advancing female inclusion across the UAE, with the UAE recently signing a Memorandum of Understanding (MoU) with UN Women to help increase female participation in the military and in peacekeeping positions across the Arab region. The initiative, first announced in September of 2018, provides women with basic military and peacekeeping training, providing them with the necessary skills excel in the field.

Beyond the UN, local NGOs have also played their part. As an example, the NAMA Women Advancement Establishment (NAMA) met with academic institutions, municipal councils and ladies club branches in Sharjah. The meetings, which occurred in May 2018, allowed them to promote their programmes which aim to develop and encourage women to excel in their communities .

Evidently, a great deal has been done to integrate women into the UAE economy, positively affecting many lives along the way. Nevertheless, much remains to be done, as reflected in the country’s female labour force participation rate. Presently, this stands at about 51 percent, which fares well when compared to the global female average of 47 percent, but still low compared to the UAE male average of 92 percent. In this context, the private sector, with all its economic might, constitutes perhaps the most crucial element in redressing the balance.

Fortunately, the UAE private sector has shown encouraging signs that it is stepping up across the UAE and pursuing a concerted drive to endow women with new skills and opportunities. Aviation provides a case in point, with the UAE’s aviation industry employing the most female pilots, captains, and aircraft engineers than any other country in the MENA region. Furthermore, the UAE is also the first country to have launched an all-female airline. In the healthcare sector, five Emirati female students were recently selected for a two-week medical training programme in the United States. Announced in July 2019, this was part of the Future Medical Stars initiative, which is a joint collaboration with VPS Healthcare and Fatima College of Health Sciences.

Private companies have also been active in addressing the gender gap in the UAE’s finance and fintech sectors. For instance, the UAE Women in Finance Forum was recently held to promote a shared vision for greater inclusion. In banking, Standard Chartered UAE launched the Goal initiative to provide financial literacy, life skills and employability training to young women. The bank also launched the Women in Tech Accelerator programme in the UAE aimed at promoting the economic and social development of female entrepreneurs. Finally, with 56 percent of graduates in STEM (science, technology, engineering, mathematics) programmes in the UAE being women, large technology companies are hosting events with female industry leaders to inspire and lead the way for other young women .

Achieving equal opportunity for all in the workforce is an important moral principle and acts as a catalyst for other positive societal outcomes such as improved financial and physiological well-being. While the government and many NGOs have taken significant steps to empower women in the workplace, private sector companies must do their part if the gap is to truly be closed. Earlier this year, we launched the Art Gap concept to highlight the fact that that paintings by women are sold for 47.6% less than those by men. So, we decided to collaborate with 19 artists representing 11 nationalities to create art pieces that were 47.6% empty which was their dramatic interpretation of pay gap. Our intention was to inspire equality not just in banking but across all industries.

Organisations with effective initiatives in place provide a useful blueprint for others to follow. Above all, we should remind ourselves that this is not about empowering one group over another. By paving the way for women to fully participate in the economy, the UAE will grow at a faster rate, ultimately benefiting the society as a whole.